1. What is your favourite book?
I'm going to have to try my hardest to not just say, 'I dunno, I dunno' because it would be pointless in doing this tag if those were my answers but really...it's so difficult to choose!
I'm actually busy re-reading the whole series for the zillionth time and have to say that I fell in love with The Philosopher's Stone all over again. It's the first book and getting to know the characters for the first time is so interesting. I could ramble on forever so I'll leave it at that.

2. What is your favourite film?


I always loved the Goblet of Fire (aside from David Tennant's presence in the film, urgh) because of the whole excitement of new characters from different schools and seeing how they all interacted. I loved the whole Hagrid having a 'love interest' story, the fact that the main trio were all of a sudden perceived as actual teenagers and a little sadistically I liked that Cedric's character was, how shall I put it; discontinued.

3. What is your least favourite book?
The last one. I think most Potterheads were at least slightly disappointed with the ending and for me, it wasn't even the fact of how it was done but that it was done. Why so many people had to be killed off during it annoyed the heck out of me too, like why Hedwig man?!

4. What is your least favourite film?


I can't actually say that I disliked any. They were all good representations of their books, obviously, there were certain little things I missed but that's what happens, they can't fit everything in!

5. Parts of the books/ films that make you cry.


All of the deaths, or the majority at least. Sirius, Hedwig, Dobby, Dumbledore of course. Also when Neville is cemented as a bad ..bum (keeping it PG as always) in the final battle, when Harry sees his family in the Mirror of Erised, when Harry uses the resurrection stone on the path to face his fate...and so on...

6. If you could hook up with any character, who would it be?


Ew, yuck. None. However, my other half Jake is actually a big, bearded man with a southwestern accent, just like a certain friendly (half)giant. So yeah, there's that.

7. Who is your favourite character?
Luna. She's perfect! <3

8. Who is your least favourite character?

9. What is your least favourite line?

There are far too many to be able just to pluck one from the cavities of my brain but this one always makes me cringe in thought of all those 'popular' crews in schools - 'Draco Malfoy: You'll soon find out that some wizarding families are better than others, Potter. You don't want to go making friends with the wrong sort.'

10. What would your Patronus be?
I struggle with this one, but my first instinct is to say a bird of some sort. Jake said he thought it'd be a dog or rabbit but I think that's just because I've owned a dog and rabbits!

11. If you could have the Ressurection Stone, Invisibility Cloak or Elder Wand, which would it be?
Cloak. Duh! And if you don't know why you obviously don't understand the story of The Three Brothers!

12. Which house would you be in?
Online surveys repeatedly tell me Hufflepuff and I've taken the vast percentage of them! It states that I'm loyal, dependable and a great friend. However, the sorting hat on Pottermore placed me in Ravenclaw. I'm happy with either because I wouldn't want to be in Slytherin nor do I feel I would fit in amongst the bold, brave and heroic Gryffindors.

13. If you could meet any member of the cast, who would it be?


Evanna Lynch (Luna Lovegood), Helena Bonham Carter (Bellatrix Lestrange) and the late Richard Harris (Professor Dumbledore of The Philosophers Stone and Chamber of Secrets) as he was the epitome of what I envisioned Dumbledore to be from reading the books.

14. If you were on the quidditch team, which position would you play?


Beater I suppose because I'm not great at catching ruling out a chaser, I'm a little bit blind so I'd suck at being a seeker and I wouldn't like to be a keeper for the fact of being held responsible for letting the other team score!

15. Were you happy with the ending?


At first, I was a little disappointed. Then I thought that I was probably just upset that the whole thing was over more so than what the actual ending was. Thing is, it was JK Rowlings world. She was the one that created the world and allowed us to share it with her, so whatever ending she thought fitting for Harry I fully support.

16. How much does Harry Potter mean to you?
A fair amount! Maybe not just Harry the character but the whole magical world, Hogwarts, Dobby, the Weasley family, Hagrid, the magical creatures, Luna and every other individual that helped me escape my own trials and tribulations throughout the past 17 years (including the recent months where I have re-read the first few books of the series to occupy my mind before moving).

I tag all Potterheads. As long as you post a link to it in the comments here!
P.s What did you think of 'Dumbledores Army Reunites'??! 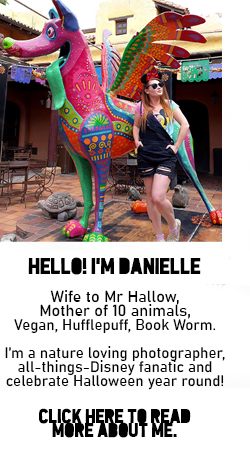